" It is new, indeed for I made it last night in a dream of strange cities: and dreams are older than brooding Tyre, or the
contemplative Sphinx, or garden-girdled Babylon" The Call of Cthulhu 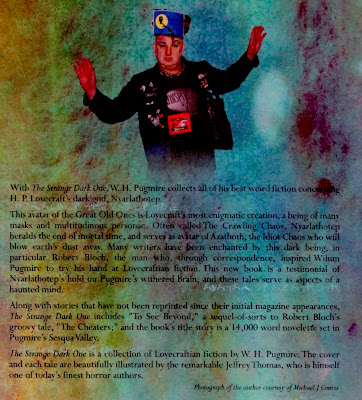 Some weeks ago I received a catalogue from a bookseller I have been dealing with for over 30 years. The first things I purchased from him (he had a table at an antique show I think ) was Frank Belknap Long's The Rim of the Unknown with a wonderful Herb Arnold cover, my wife also purchased all five volumes of Lovecraft's Selected Letters for my birthday. I have purchased many other things over the years and always scan his catalogue eagerly when it appears though I rarely buy Arkham House as I have a number of the less expensive ones and some of the others are beyond the parameters of my pension. He had a copy of The Mask of Cthulhu  which I discussed in the post below. But again I resisted the urge to spend that much. 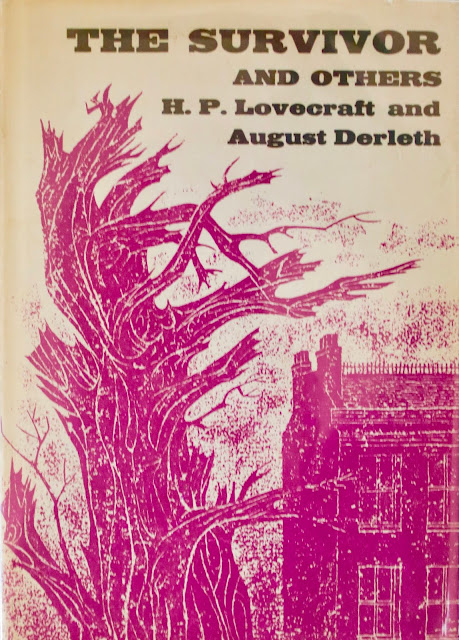 But a copy of The Survivor caught my eye, it seemed more fiscally approachable. I had always been indifferent to the white and purple Ronald Clyne dust jacket until now. Also the stories were Lovecraft Derleth "posthumous collaborations" written after Lovecraft's death. Which are now considered a bit gauche in some circles. A brief summary of these works can be found at this link. 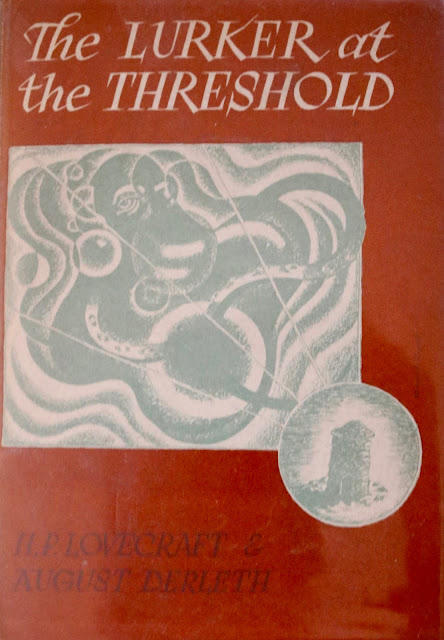 But now the dust jacket seemed totally appropriate to the strange haunted landscapes of these stories. When I began reading Lovecraft I was in elementary school and made no distinctions between the works of the master and the collaborations and pastiches that followed. The first works I read, borrowed from a friend were Ballantine editions with the John Holmes covers. The first book I owned however was a "posthumous collaboration"  a Ballantine edition  of The Lurker on the Threshold with a rather strange cover by Murray Tinkleman, that my mother gave me for Christmas, sadly I did not keep my early copy when I found a Arkham House edition. Then I read the words (Donald A Wollheim's copy), stamped in the back. That Wollheim, early SF fan, Futurian, author, editor and the founder, which his wife Elsie Balter Wollheim, of DAW books.  I ordered The Survivor right away. While I waited, I hate waiting, I had a book which I knew discussed the controversy about August Derleth's contributions to the mythos.  So I pulled out A Look Behind the Derleth Mythos: Origins of the "Cthulhu Mythos" by John D. Haefele. I am still working through the book but it was the introduction by mythos author Wilum Hopfrog Pugmire that held my attention. 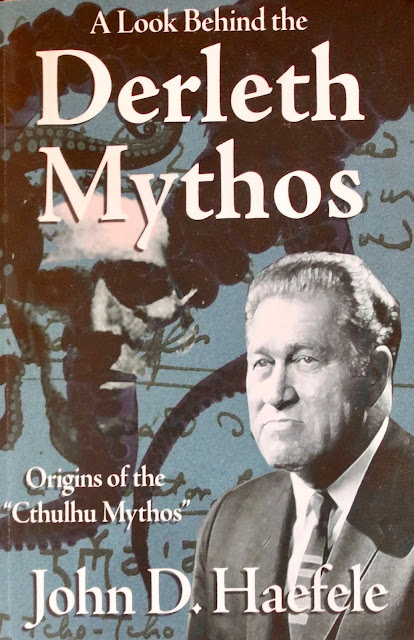 "I have always considered the book’s title story one of the finest Lovecraftian tales that I have ever read; but I was a little doubtful about the rest of the book, because I entered Lovecraft fandom in the early 1970s, at a time when there was a growing amount of anti-Derleth sentiment. I was at the time far more a Cthulhu Mythos fanboy than a pure Lovecraftian. As a Mormon missionary in Northern Ireland, I had been influenced by my correspondence with Robert Bloch to read weird fiction, and the first titles of Lovecraft that I picked up were used paperback editions found in wee bookshops. Upon returning home from my mission, I read Derleth’s original edition of Tales of the Cthulhu Mythos (still, for me, the finest Mythos anthology) and Lin Carter’s Love- craft: A Look Behind the Cthulhu Mythos, the combined reading of which convinced me that becoming an established Mythos author was my destiny. I loved the Mythos, but I had been taught that Derleth’s tales were sub-literary dreck, and that the posthumous collaborations were a criminal act. "

"Thus, in early 2011, I picked up my Arkham House edition of The Survivor and Others, determined to read the stories with fresh eyes and unpolluted mind. I was no longer a clueless Cthulhu kid; I was a sixty year old man who had dedicated decades of his life to writing Lovecraftian weird fiction. I read the first story and was confirmed in my long-held opinion that it is excellent. Carefully, slowly, I read the other tales in the book, and after reading a story I would comment on it in a YouTube video. My opinion of the book was now completely my own, and I found it quite wonderful. It was, in some ways, a shocking experience. I was so ready to confirm my opinion that “The Shadow out of Space” was nothing more than a pathetic rip-off of Lovecraft’s “The Shadow out of Time.” It was nothing of the kind. "

from Pugmire's introduction to A Look Behind the Derleth Mythos, Origins of the "Cthulhu Mythos"  by John D, Haefele.

In an earlier post I discussed how much I enjoyed reading Caitlin R. Kiernan lovely reminiscence concerning her first experience with the works of H.P. Lovecraft in her new collection Houses Under the Sea from Subterranean Press. The first book she encountered was (1965) Arkham House edition of Dagon & Other Macabre Tales.

"I discovered not only the title story, but such dark gems as “The Hound,” “The Strange High House in the Mist,” “The Lurking Fear,” “The Doom That Came to Sarnath,”"

She goes on to say

"at the time, I had no idea that that were far from Lovecraft's best stories. and it would be several years yet before I'd figure that out...," 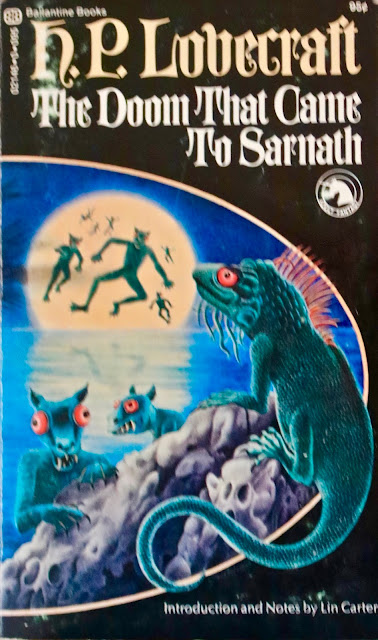 Kiernan is correct The Hound,” “The Strange High House in the Mist,” “The Lurking Fear,” all seem to be considered minor tales, but they are among my favourites as well. These two introductions have helped remind me that any work or author that is well known will attract an ever expanding ring of critical  accretions, good and bad. In the end however we should not allow this veritable critical shoggoth to devour the work itself. The stories themselves should remain the property of the girl on the Trussville, Alabama school bus, the Mormon missionary in Northern Ireland, or the geeky kid in Windsor Ontario.

I had read some of Pugmire's stories in the past so I began a more systematic search though my anthologies and the internet for more of his work. It was only then I learned that Pugmire had passed away in March of this year at the age of 67 not that much older than I am. Pugmire's friend S.T. Joshi has offered an extended remembrance of his passing. His blog does not offer separate links so you have to scroll down to the entry for March 31, 2019.

Since then I have read and enjoyed more of Pugmire's work and purchased a number of his books with plans for a couple more. I will be looking at some of his stories in future posts. Here however I want to thank him for his introduction to Haefele's book. Pugmire gave me back my early enjoyment of Derleth's work as well as his own wonderful stories, and when I look thru my copy of The Survivor I will think of him as well as Wollheim. 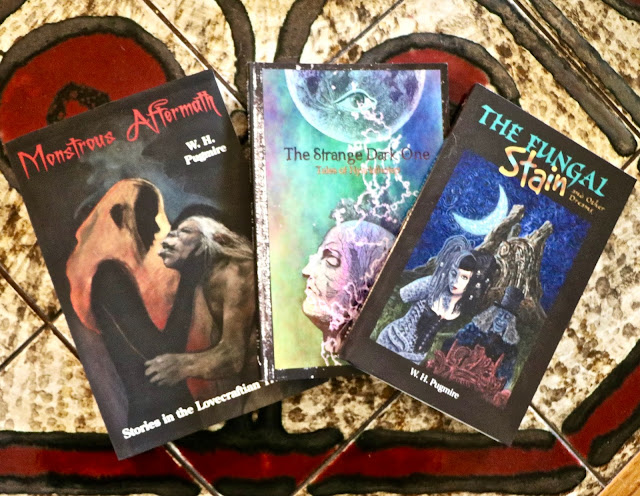 Photo of W.H. Pugmire by Michael J. Contos, from back cover of The Strange Dark One

A Look Behind the Derleth Mythos: Origins of the "Cthulhu Mythos"s ,cover by Leo Grin

The Doom That Came to Sarnath, cover by the wonderful Gervasio Gallardo

The Strange Dark One: Tales of Nyarlathotep, cover by Jeffrey Thomas

The Fungal Stain and Other Dreams, cover by Richard H. Knox

"Several nights ago I had a strange dream of a strange city--a city of many palaces and gilded domes, lying in a hollow betwixt ranges of grey, horrible hills. There was not a soul in this vast region of stone-paved streets and marble walls and columns, and the numerous statues in the public places were of strange bearded men in robes the like whereof I have never seen before or since. I was, as I said, aware of this city visually. I was in it and around it. But certainly I had no corporeal existence."
letter to Maurice W. Moe, May 15, 1918
from Dreams and Fancies, by H.P. Lovecraft, Arkham House, 1952 p.3 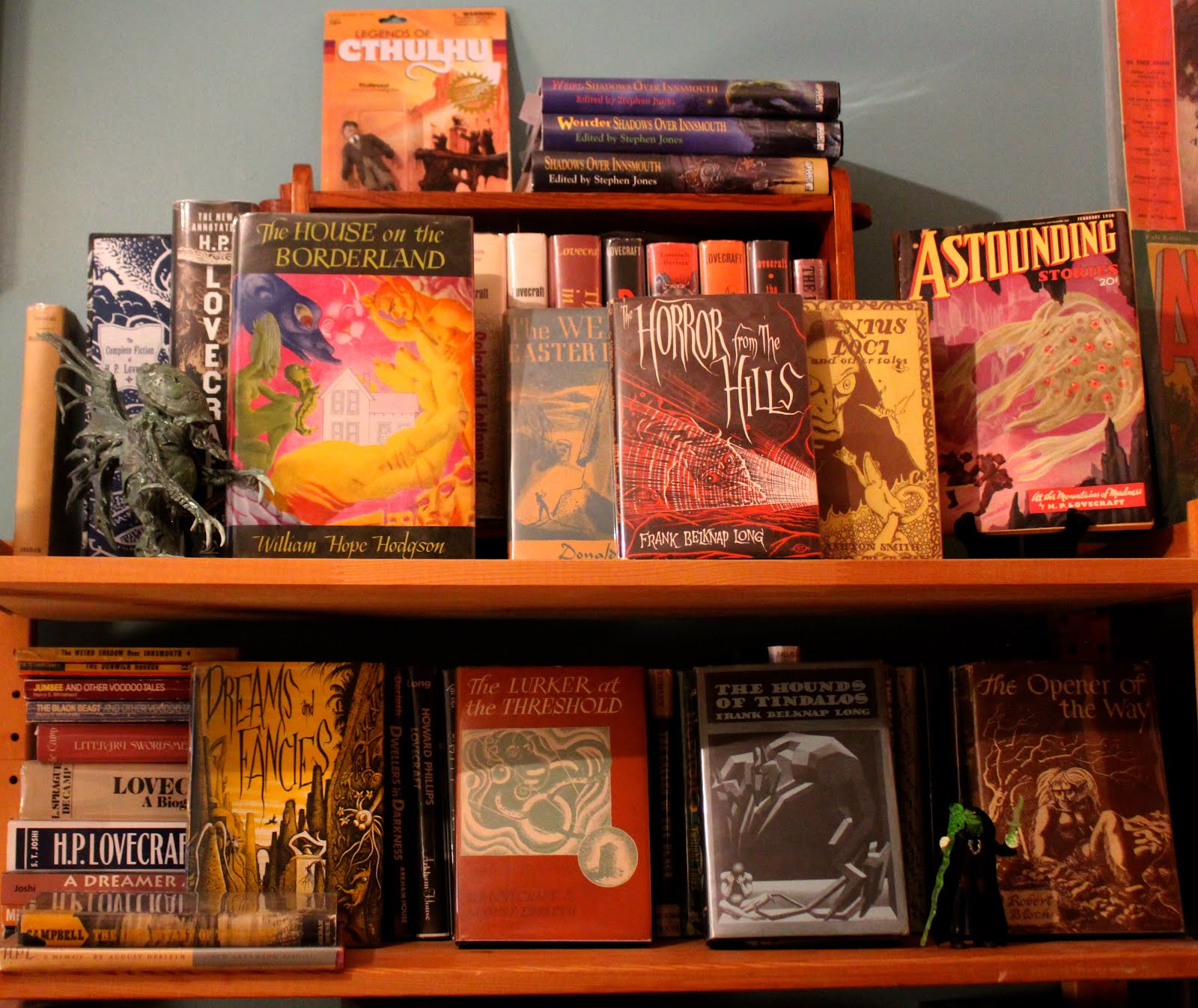 "For H.P. Lovecraft, wrote Donald Wandrei not long ago, "There was no such thing as 'sleep' in the ordinary meaning or usage of the word; he passed directly into an equally vivid and detailed dream-world,"
from Dreams and Fancies, by H.P. Lovecraft, Arkham House, 1952 p.1 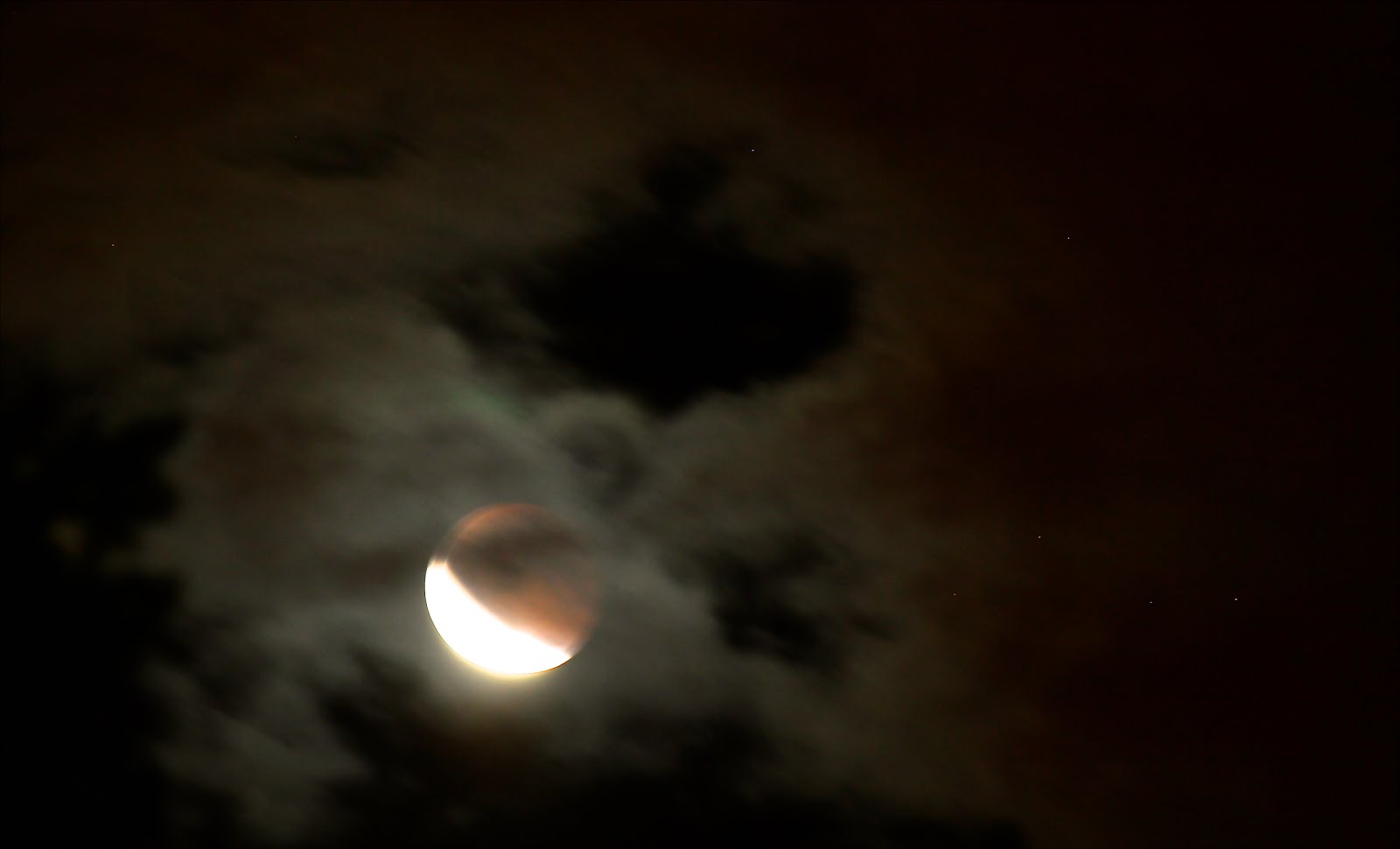 " When age fell upon the world and wonder went out of the minds of men; when grey cities reared to smoky skies tall towers grim and ugly, in whose shadows none might dream of the sun or of Spring's flowering meads: when learning stripped the Earth of her mantle of beauty, and poets sang no more save of twitted phantoms seen with bleared and inward-looking eyes; when these things had come to pass, and childish hopes had gone away for ever, there was a man who traveled out of life on a quest into the spaces whither the world's dreams had fled ...,
After years he began to call the slow-sailing stars by name, and to follow them in fancy when they glided regretfully out of sight; till at length his vision opened to many secret vistas whose existence no common eye suspects. And one night a mighty gulf was bridged, and the dream-haunted skies swelled down to the lonely watcher's window to merge with the close air of his room and make him part of their fabulous wonder"
Azathoth (a fragment)
from Dagon, by H.P. Lovecraft, Arkham House 1965 p.335,